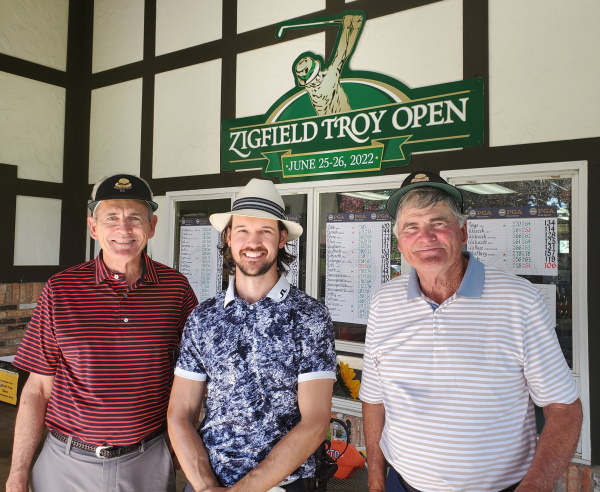 “Bombers” need not apply. This is one tournament where precision iron accuracy and a sharp chipping and putting game are essential. Welcome to the famous Zigfield Troy Open, one of the premier Par- 3 golf tournaments in America.

The Par-3 tournament honors course founder Zigfield Troy and is one of the few Par-3 events anywhere that is run like a PGA Tour event or other professional tournaments. Golfers’ names are announced on the first tee prior to tee off. A huge scoreboard highlights everyone’s name, score for each round, plus totals and the round’s leaders – all done in handsome professional calligraphy.

“We also make the golf course tougher for the tournament,” notes PGA Professional Mark Arentsen. The pin placements are tucked closer to the edges, and some longer “Tiger-proof” tees are set up.”

Since 1982, the ZTO has challenged professional and amateur golfers (up to 24.4 handicap) from throughout the Midwest. Winners have hailed from several Illinois cities, Indiana, Iowa, and even Texas and Florida!

The ZTO is contested annually in the summer on the 9-hole, par-27 Zigfield Troy golf course in Woodridge, Illinois. Contestants play four 9-hole rounds – 36 holes total – over two days. You don’t have to be a Scratch Golfer to enter and have a Great Time!

Appropriately, the Open Champion is crowned with a replica Zigfield Troy trademark straw hat, plus other prizes. Other high finishers, as well as women, high schoolers, seniors, and super seniors are awarded prizes. In 2022, the total value of prizes was $2,900.

Every contestant receives a practice round, bag tag and golf cap, and you’re invited to join us for lunch on Sunday in the clubhouse.